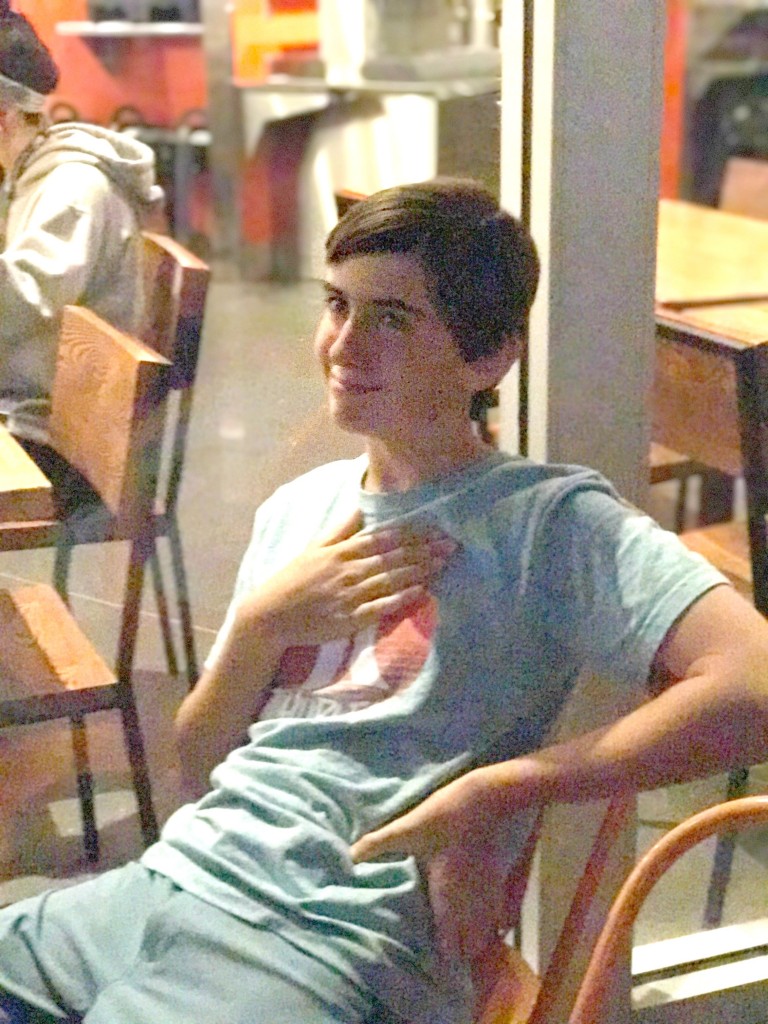 Another quiet day in our last weekend of Spring break….or so I thought.  Nova had practice at 11:30 and so Sawyer and I dropped her off.  We also got a call from a guy at the beach who wanted to rent boards but Aaron just wasn’t able to deliver them because he was already too busy.  Sawyer and I decided to do it ourselves so after a quick stop at Keva Juice (me) and Starbucks (him), we ran down to the tunnels to load up the boards and get them to the Ritz Carlton before we had to be back at Nova’s practice.

Sawyer was such a big help loading the boards, unloading the boards, and carrying them to the beach.  I am glad that the clients tipped him because it really made his day.  He was talking about that $4 all day long and was excited to keep working so that he can make even more money.

After gymnastics practice, we came home and spent some time cleaning out the rooms for a garage sale this weekend.  It was pretty short lived and then the kids got bored.  Sawyer was begging to go to  the beach so we headed back to Lido.  We thought we would be able to help Aaron load up the equipment and he could come to the beach with us but after checking in with him, we realized that wasn’t going to happen.  He still had clients out and lots to clean up.  Plus, he was exhausted, hungry and a bit grumpy so we decided to go to the beach alone. The kids were all ready to jump in the water but the wind made that a bit uninviting.  We laid on the beach for awhile, laughing and playing together.  It was one of those times that we were all in a good mood.  I loved it.

Some time during our laughing and goofing off, we decided that we were going to start a YouTube channel and vlog about our daily life.  The kids aren’t really that aware that I have been keeping this journal here so they don’t really know how important I feel it is to document every day.  I loved that they wanted to do a video blog and was very encouraging.  We left the beach before sunset to buy a special camera for our vlog and to stop off at the AT&T store to upgrade my phone (something I have been meaning to do for awhile now).

After those errands, we went to Blaze Pizza (again! twice in one week!) and shot some footage for our new YouTube Channel, and played around with the portrait mode on my new phone.  Fun times!