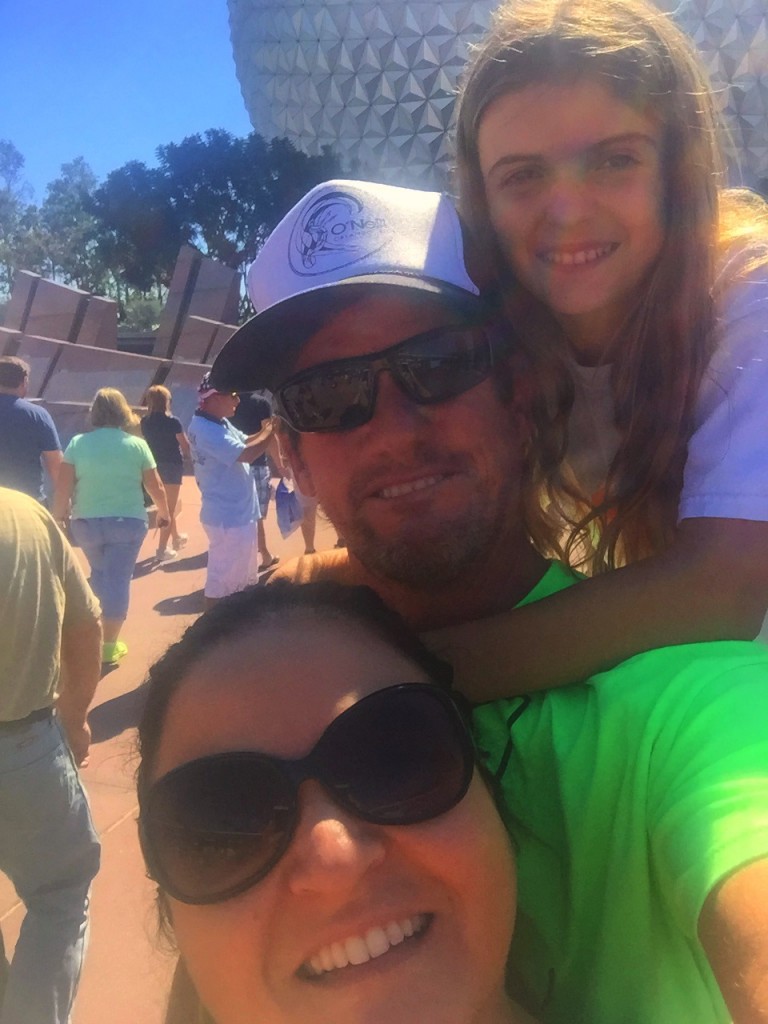 Aaron got home at 1:00 am and luckily the UBER driver was willing to carry his board on the car.  It meant that instead of packing up the kids in the middle of the night, he could find his own way home.  I had to get Sawyer up at 6:30 (on a Sunday!) to drop him and another friend off with another dad.  They were going to Magic Kingdom to celebrate his friends 14th birthday.  It was a trip he had been looking forward to for weeks, not so much because of Disney, but because they were going to get to run around without parents.  His first taste of teenage freedom!

Aaron and Nova slept in until about ten and then Nova woke up ready to go to Disney too.  We were unsure whether or not we go since Sawyer really didn’t want us there, Aaron had a late night flight and Nova had been sick but when morning came, we decided to hit the road.

We went to Epcot, during the International Festival of the Arts, and the crowds were big.  Ride wait times were long and in our poor planning we didn’t get any Fast Passes.  We decided to just do the things that we had never done, and ended up at the Pixar Animation Shorts, Ellen’s Energy Adventure, Living off the Land, and then headed for the World Showcase.

It was exactly what I had always wanted to do at Epcot; eat my way around the world.  We had special beef tacos in Mexico, braised short ribs, poached pears in Germany, scallops with Parmesan crisps in USA, falafel in Morocco, lobster bisque and bread with cheese in France, and finally some delicious chocolate cake thing in Canada.  We were in no rush and stopped to sit on the sidewalk to eat and drink, watched Broadway singers perform Disney songs, and just explored and hung out.  It was perfect.  The weather was beautiful, everyone was in a good mood, and it was just fun. I love that Nova is such a foodie that she preferred to explore the World Showcase rather than waiting in line for rides.   I really wished Sawyer was there but I knew he was having fun with his friends at the other park.  Right as the park was closing, we ran over to ride Soarin’ one time.  And, then we headed home.

Happy, tired and grateful for the day.