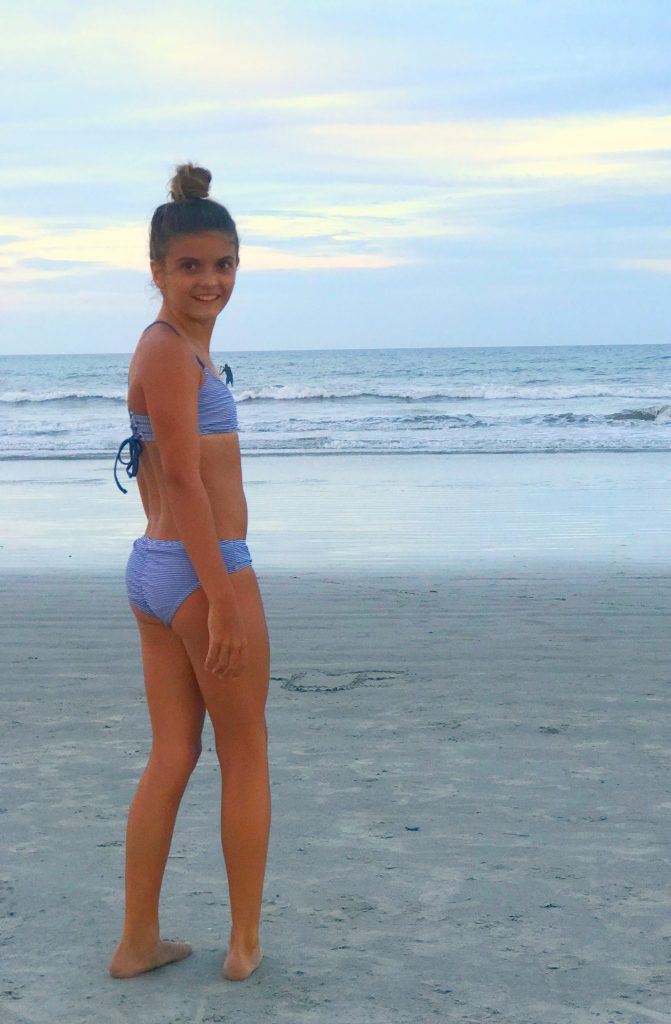 Around noon today Sawyer mentioned it was International Surf Day and we needed to surf–NO MATTER WHAT!

The conditions on the Gulf coast were non-existent and even on the east coast they didn’t seem much better.  But, Sawyer wanted to surf and I was happy to get out of town where laundry piles and yard work would a non-issue.  After a quick phone call to Aaron and the dog sitter we were on our way.  Aaron was able to pack up and leave the business to Kevin, the dog sitter was happy to come over and I was able to find a hotel right on the water.

We didn’t arrive until about 6:00pm and I was initially very unhappy about our hotel.  The place didn’t have many rooms with two beds so we had to get two rooms—one for Nova and I and one for Aaron and Sawyer.  To me, the place felt old and small. And, I felt weird about not being together in the same room.  I think I was just grumpy.  After a bit of complaining, I was able to ease into it.  Our rooms opened up to the pool with a small patio and beautiful grass right outside.  Even though the rooms didn’t connect, we had this great outside space to share.  We had great big beautiful beds and we were right on the beach.  It really wasn’t that big of a deal. 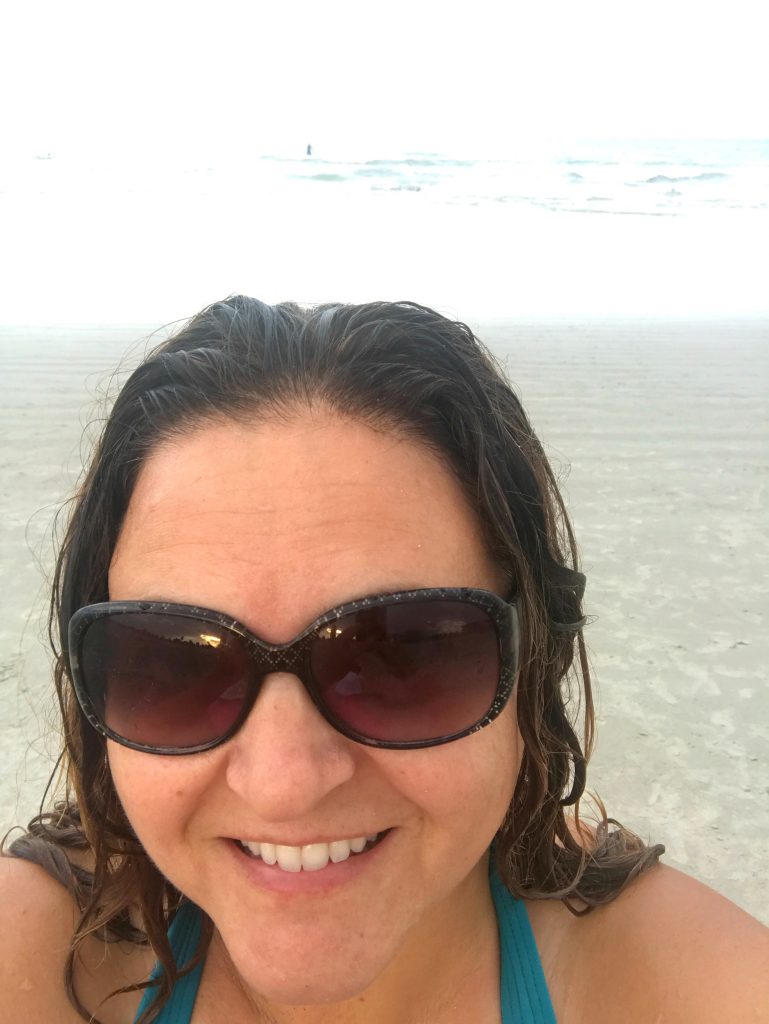 We all went down to the beach to surf.  Everyone took a board out (except Nova).  I played in the whitewater and tried to get my confidence up.  I am scared of waves and it takes me a lot of time to get comfortable out there.  I had a great time though…the water was cool–much cooler than on our coast and the waves were fun.

Sawyer was out as soon as we got there–riding a short board because we just found a big ding in his other board.  He did great and had no problems catching waves.  I love his motivated soul.

After surf, we headed to Longdoggers for dinner.  They had tons of options, nice outside seating and surf videos playing on the big screen.  Sawyer and Aaron were in heaven.  After we headed to Ron Jon’s (giant surf shop open 24 hours) to get some surf swag and to check out the boards.  Sawyer is desperate for a new board.  Nova loved shopping there too—lots of cute surfy girl clothes.

We finally got back to the room around 10:00 pm and sat by the pool with our legs dangling in the water for a bit.  The stars were so bright and the air was so wonderfully cool and warm at the same time.

It was perfect and nothing to be grumpy about.  Very thankful that all stars aligned so that we could make this happen this weekend.