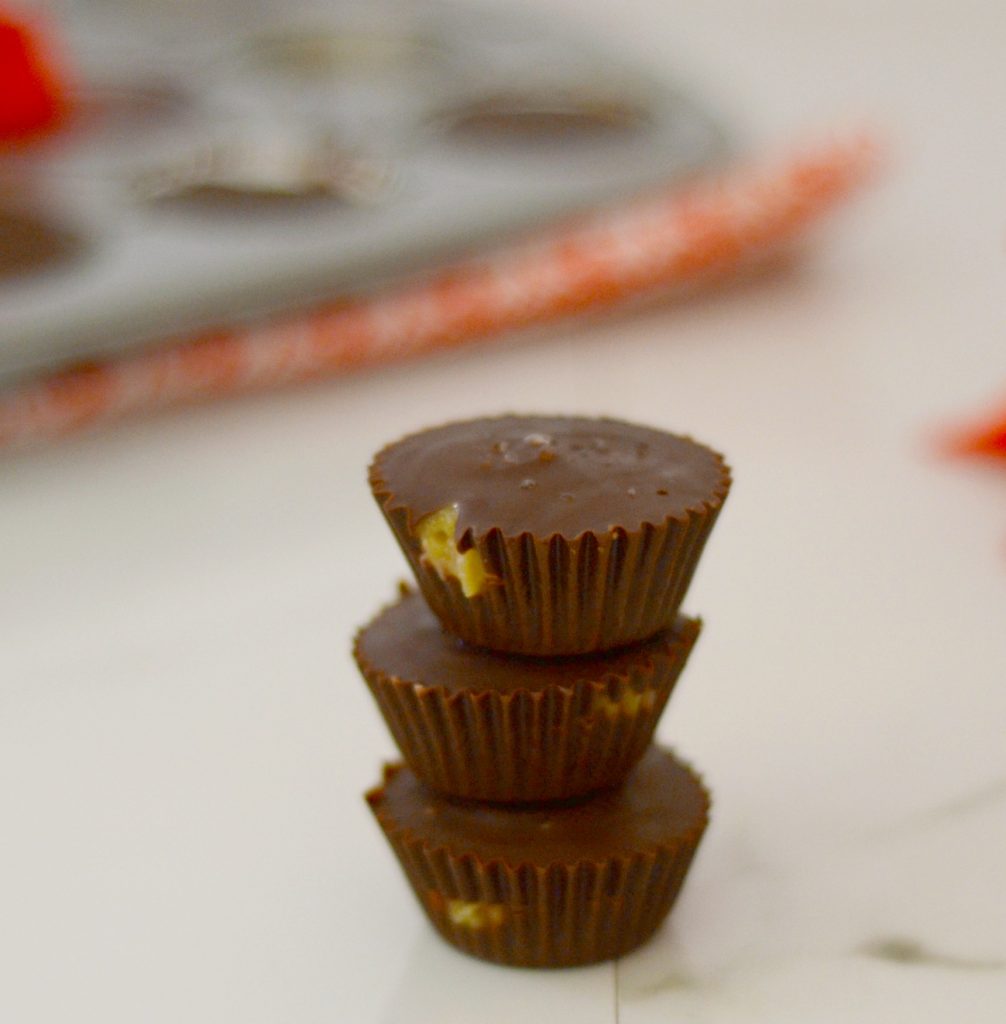 I am obsessed with cashew butter and have been using it in lots of recipes lately.  Did you see my granola with cashew butter and chocolate?  It is so good!  I made a big batch of cashew butter to make the granola but then had cashew butter leftover.  I thought since the holidays are fast approaching, now would be a good time to try to make some candies.  I thought this nut butter might go great surrounded by chocolate.    I looked at a few recipes for the standard peanut butter cups and many of them call for butter and powdered sugar mixed in with the peanut butter.   I didn’t want to use refined sugar in this recipe and I really didn’t want to have to add any butter or butter substitute.  So I just experimented a bit. 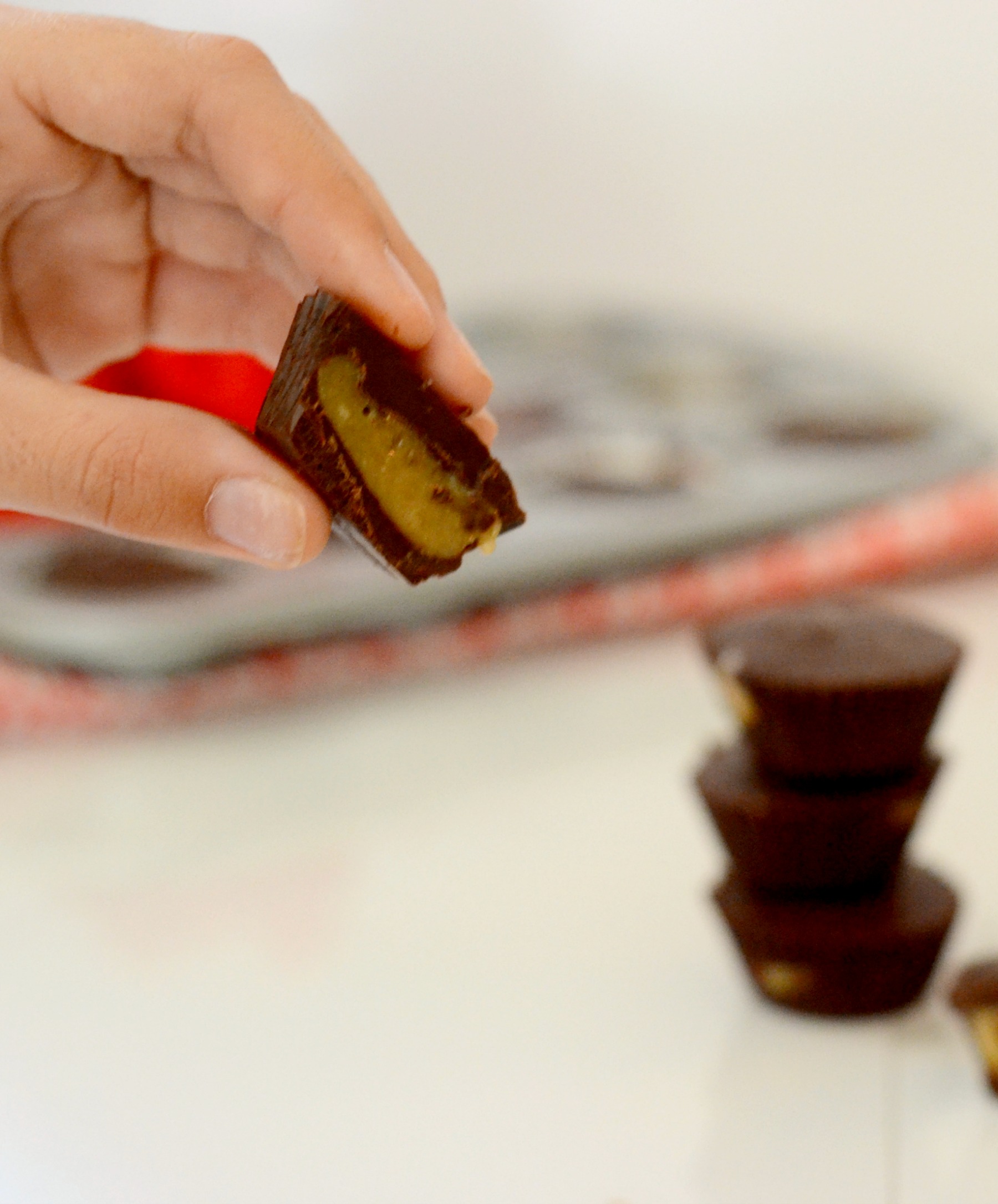 I started with honey mixed into the cashew butter.  It was fine but the honey taste was a bit overpowering.  My next try was with maple syrup.  Maple syrup mixed with the cashew butter ended up creating the perfect nut butter caramel.  The maple syrup added just the right amount of sweetness and changed the consistency from a dense nut butter to a more caramel consistency.  Honestly,  I didn’t think it would work.  I thought the caramel would ooze out of the chocolate and just be a mess.   I decided to go for it anyway and let my taste testers decide if they were worthy of trying to perfect the recipe. 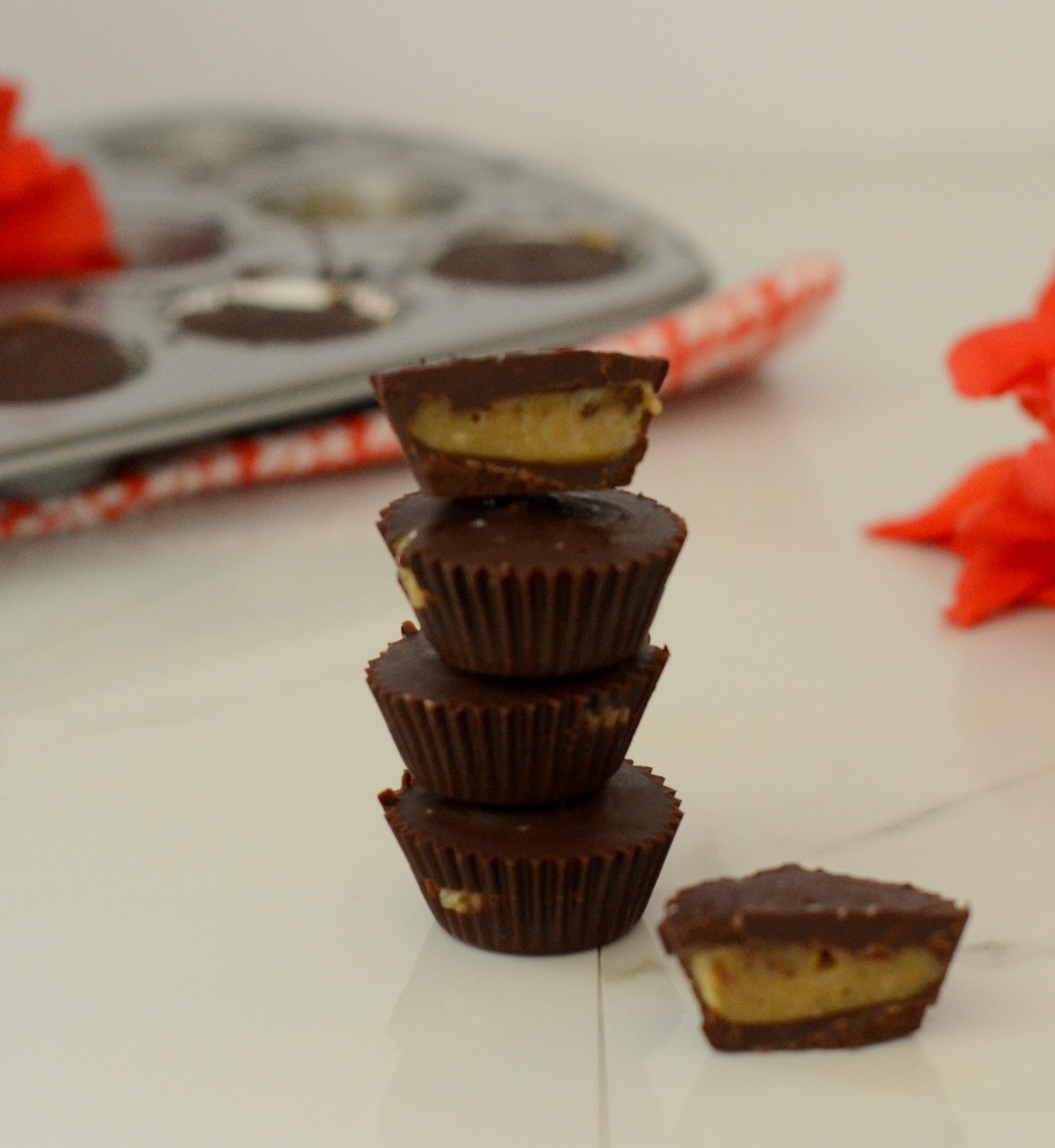 The kids and Aaron loved these cashew butter cups and so I made them again.  This time I was more careful to write down the actual ingredients and amounts.  Normally, I just kind of wing things and wish that later I would have taken better notes.

A couple of things…. 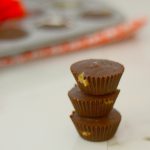 Cashew butter cups are just like your favorite peanut butter cup treats but they are Paleo, vegan and refined sugar free. You really can’t go wrong. If you ever wondered, “are sour patch kids vegan“, we have a surprising answer for you.