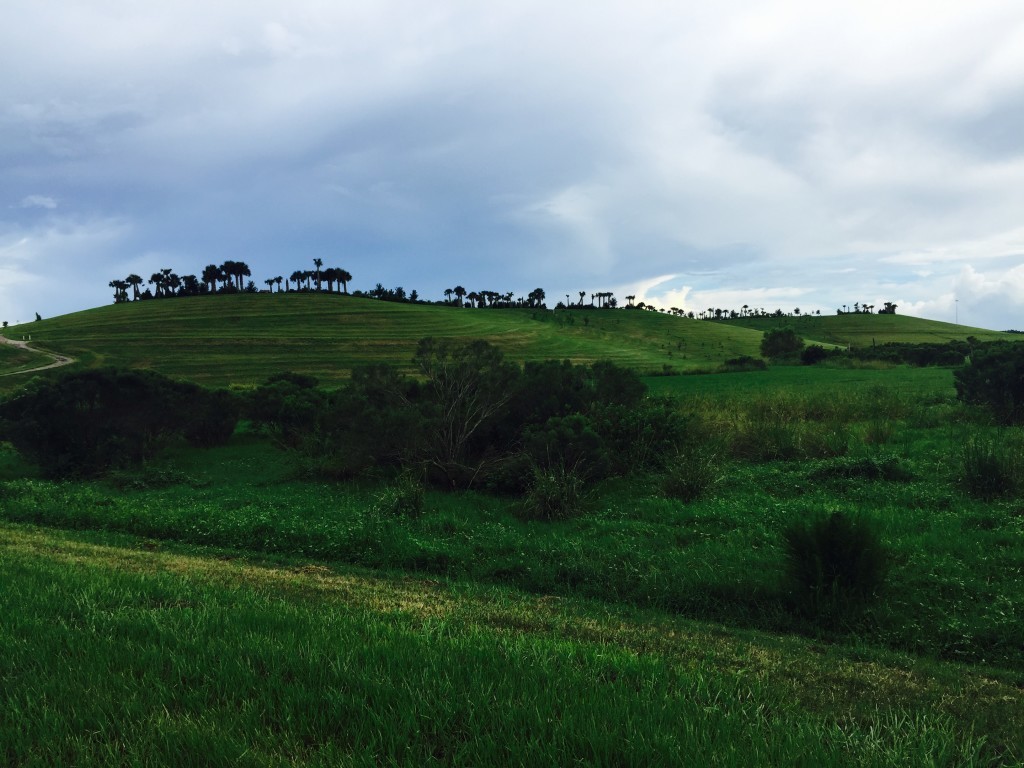 One thing that Sarasota does not lack, is parks. There are some beautifully, well-maintained parks here--beach parks, amazing state parks, historical parks.

We would be getting out to one of them today, if Rosie wasn't hobbling around on a broken foot (yep, gymnastics injury for which she gets help online at websites like https://qckinetix.com/austin/). Even though there are lots of great places to get outside, I (being a Washington State native), really miss walking up and down hills. There just aren't many hills in Florida (the whole of Florida used the be the sea floor before the ocean receeded making the terrian pretty flat and the soil mostly sand).

The centerpiece to the Celery Fields Park is a giant (by Florida standards only) hill. We used to call it Aaron's Hill. When we first moved here, they were creating the hill by dredging out these old celery fields (hence the name) to create ponds to help with water drainage and to clean up the watershed. At that time, the hill was just a huge pile of dirt and when it rained would become a huge pile of mud. And...Aaron would go there, every single day. Especially if it was muddy. Because the hill contained tons of fossils that had previously been buried in the celery fields and now had been dumped onto the hill. When it rained the dirt would slide off the fossils and uncover them. He found megaladon teeth, manateee rib, wooly mamooth teeth, other shark teeth of all different sizes, and all kinds of other fossils on that hill. Hundreds, maybe thousands of fossils, he found there.

And, then they covered it up. The idea all along was to make it into a park but Aaron has never quite accepted that. They covered the hill with topsoil and then grass, and now have planted a ton of trees and other native plants. It looks beautiful and people love it. (Before when it was a muddy hill, there would be a couple of people there each time we would go. Now, it is very well used.)

As a fossil hunter, Aaron can't quite get over the fact that just below his feet are potentially amazing treasures to be found.

I love the park because 1) it is close enough to my house to get over for a quick walk, 2) there is a path that takes you directly up the side of the hill (great for workouts!), 3) it offers a great view to watch storms roll in (or fireworks!), 4) there are so many birds, and 5) leashed dogs are OK! 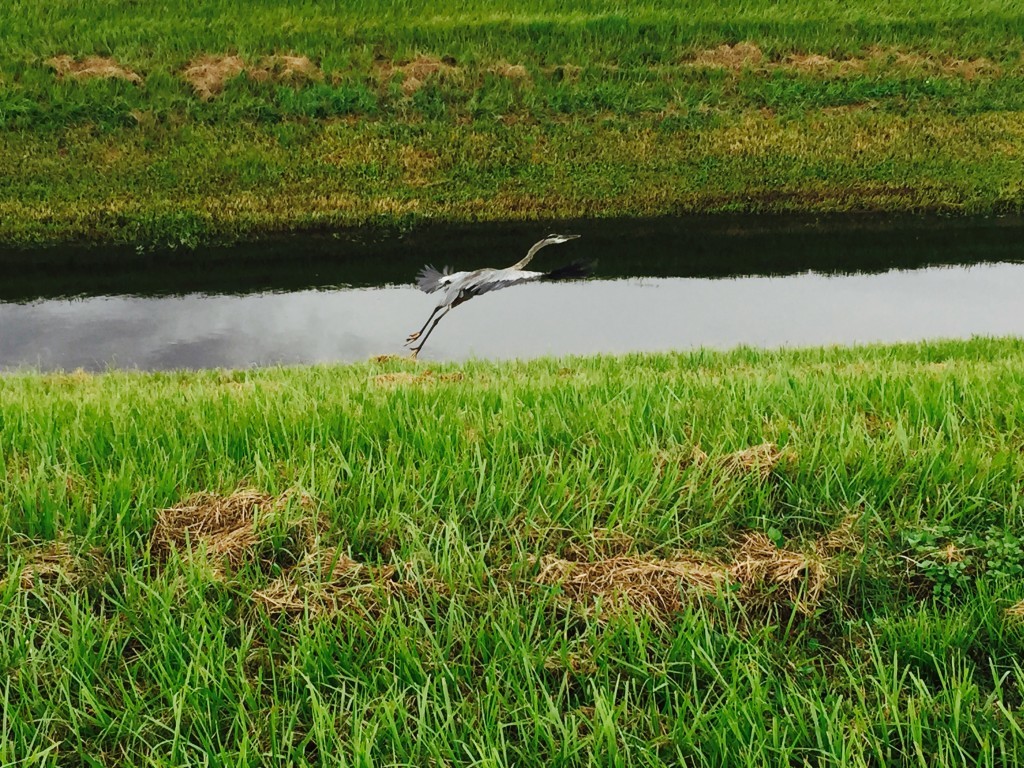 I tried to capture this Great Blue Heron as it stood quietly at the waters edge when Aaron scared him off. When I asked him why he disturbed my shot, he said he thought an action shot would be more interesting. He's right, don't you think? 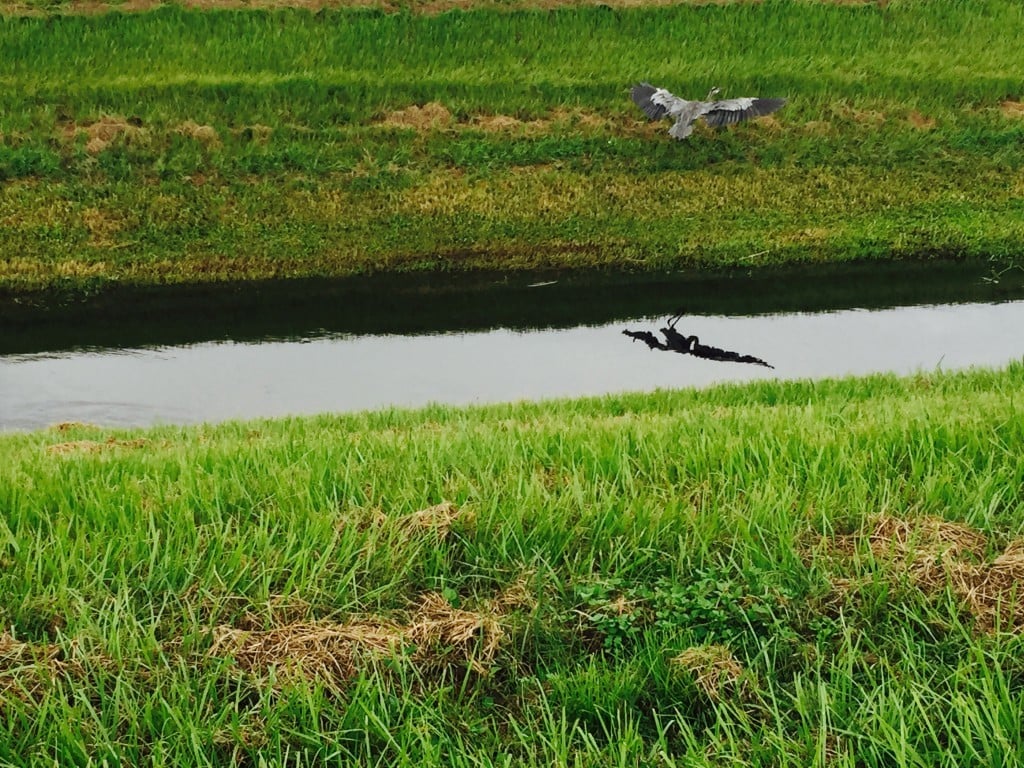 We were there last week just as a storm was rolling in and the clouds just looked so cool. We were seeing flashes of lightening way off in the distance (I had my radar app to make sure it was really far away). 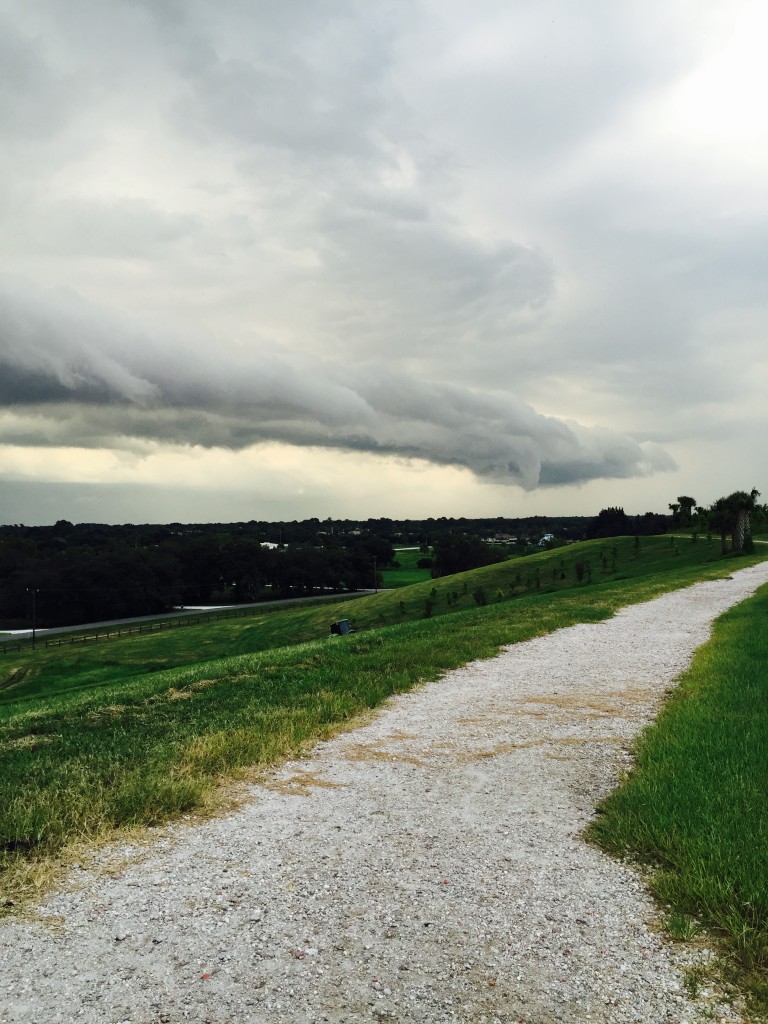 We stayed until sunset, with the storm behind us and the beautiful sunset in front of us. A very nice scene. 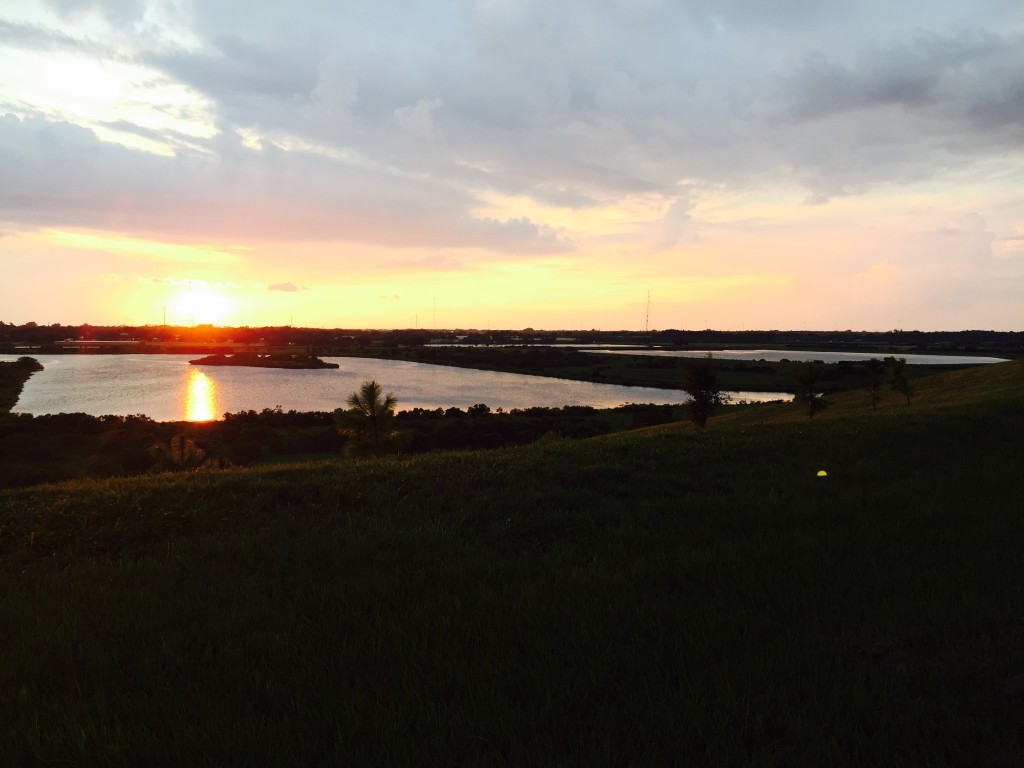 I even got a smile out of the Little Bean while we were there. Something that rarely happens.

Stop by Detweilers Farm Market on your way there for ice cream or swing by The Cock and Bull  for pizza and beer afterwards.  Both good places!