It seemed like all we did today was walk and eat through the streets of New York City.  It was a great day-exactly what I wanted to do in the city. 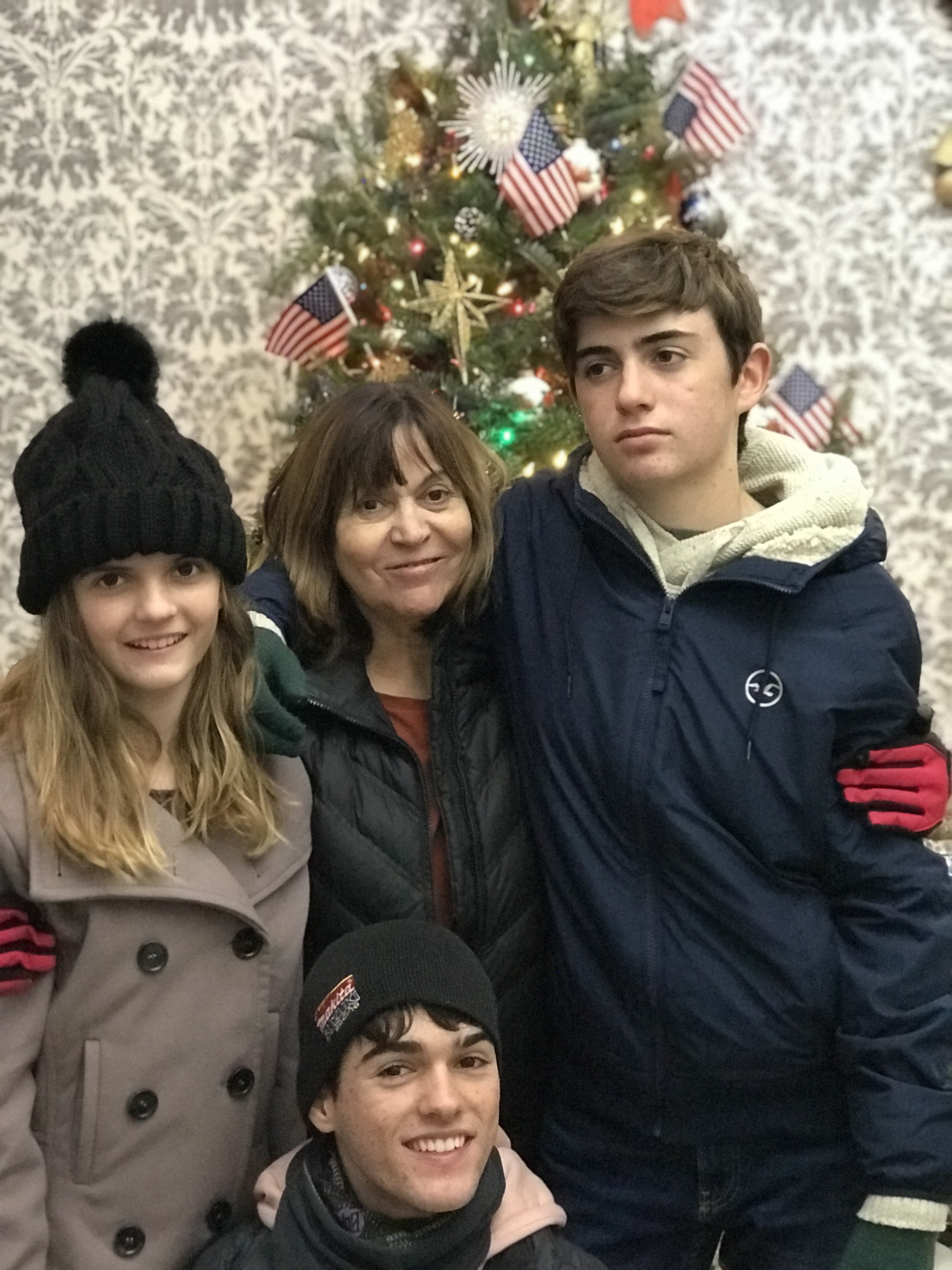 My mom arrived today!  We got to see Tiffany and Luna!  And, Marlin! 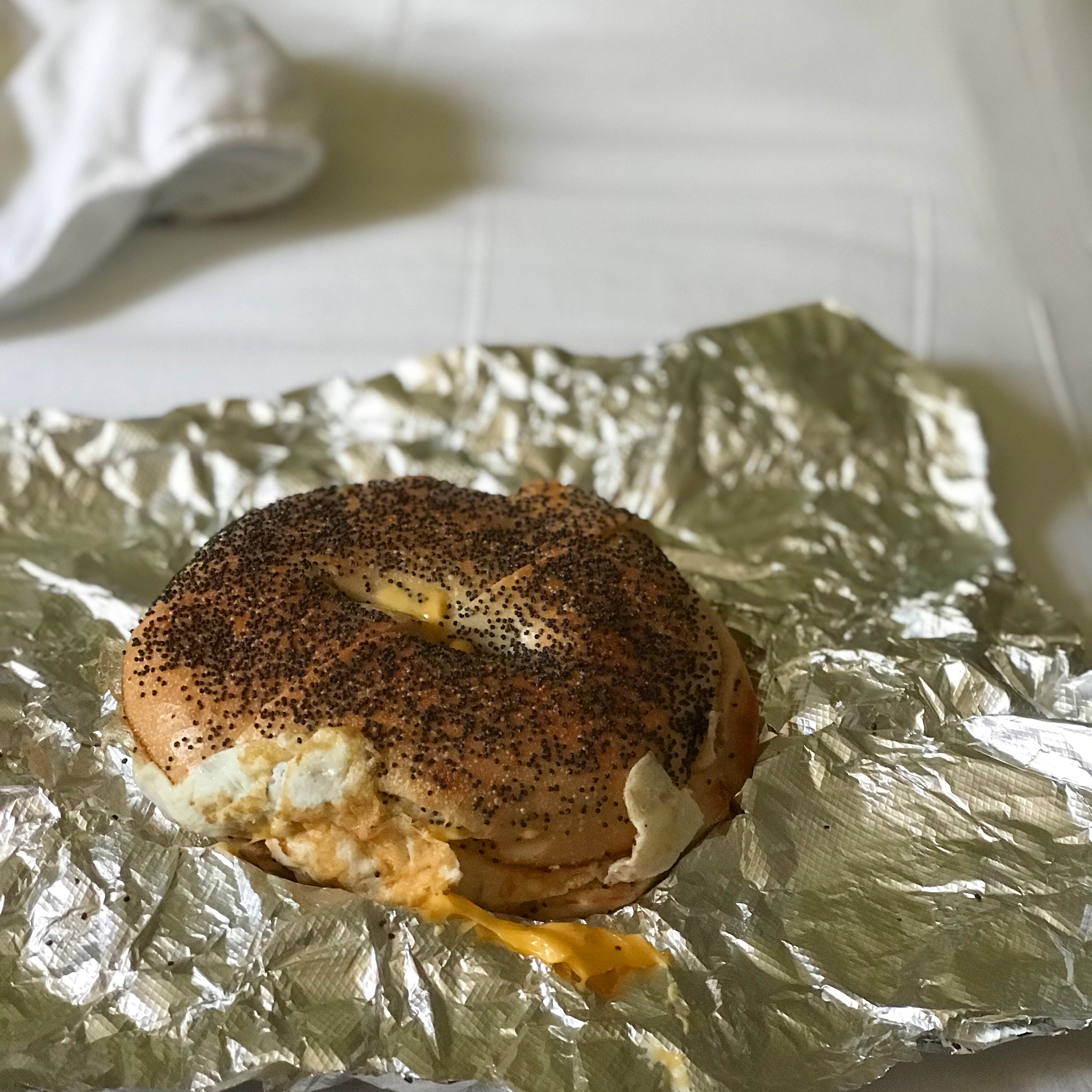 Before the day got started, Sawyer and I were up early and at The Mill for our everyday New York breakfast of bagel, egg and cheese.  This, to me, is a New York essential and something I really look forward to.  The bagels are ALWAYS better in New York and there is just something about the way they make and wrap their bagel sandwiches that is just perfect.  And, I don’t mean just The Mill….I think any deli in the city does it right. 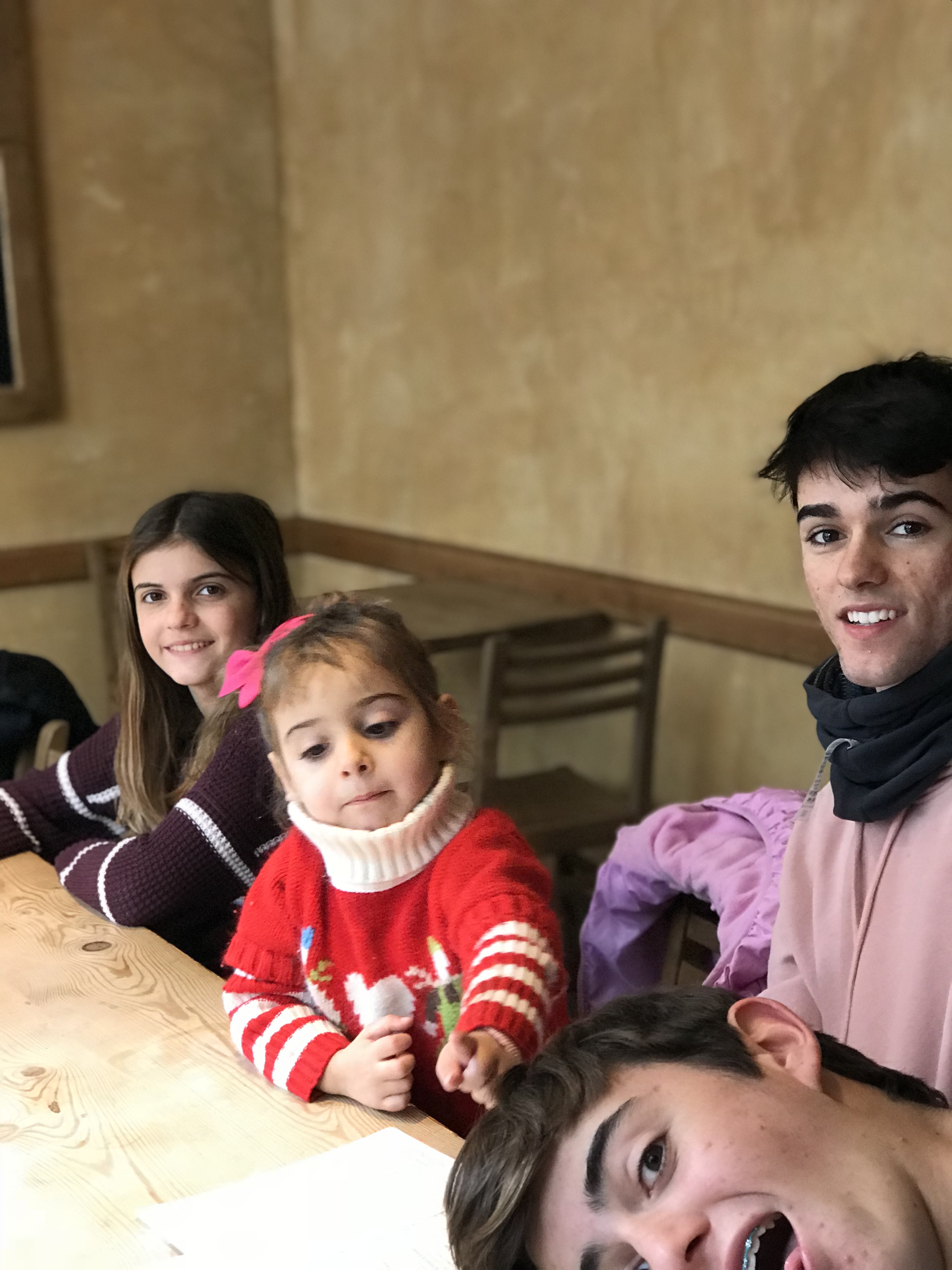 Once my mom arrived, we got on the train and headed to Washington Square Park, near where Tiffany and Luna were staying and near Marlin’s apartment.  I really wanted to see Marlin’s apartment–but he was unsure about letting us all in with his roommates there.  We surprised Marlin and Luna by just showing up in the park.  There were lots of other people around but Sawyer and Nova crouched down behind a bench and tried to surprise Luna….she just looked really confused.  I don’t think she recognized them or me. 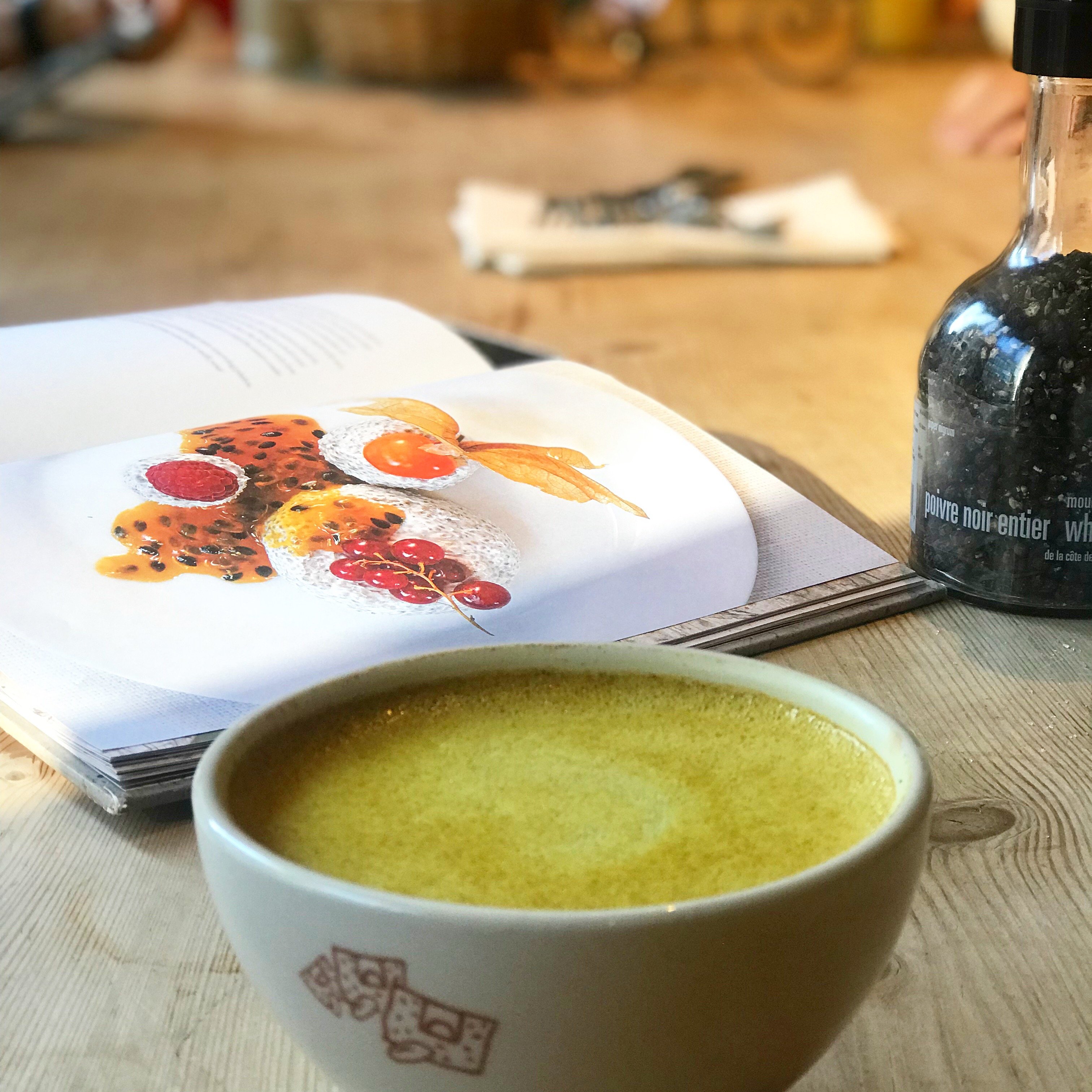 We didn’t have much time with Marlin and he was hungry so we headed to one of his favorite places to eat.  Since we had gorged ourselves on the bagel, egg and cheese, we weren’t really that hungry.  I tried a turmeric latte (which was interesting and reminded me and Aaron of Cream of Wheat).

Sawyer had an acai bowl, and Nova had a platter of chocolate croissants, breads, and a luxurious hot chocolate with a side of chocolate to add into it.  We were all scolding Nova for ordering so much food since our plan was to walk to the Highline Park and then eat at Chelsea Market., but she must have known something that we didn’t know. 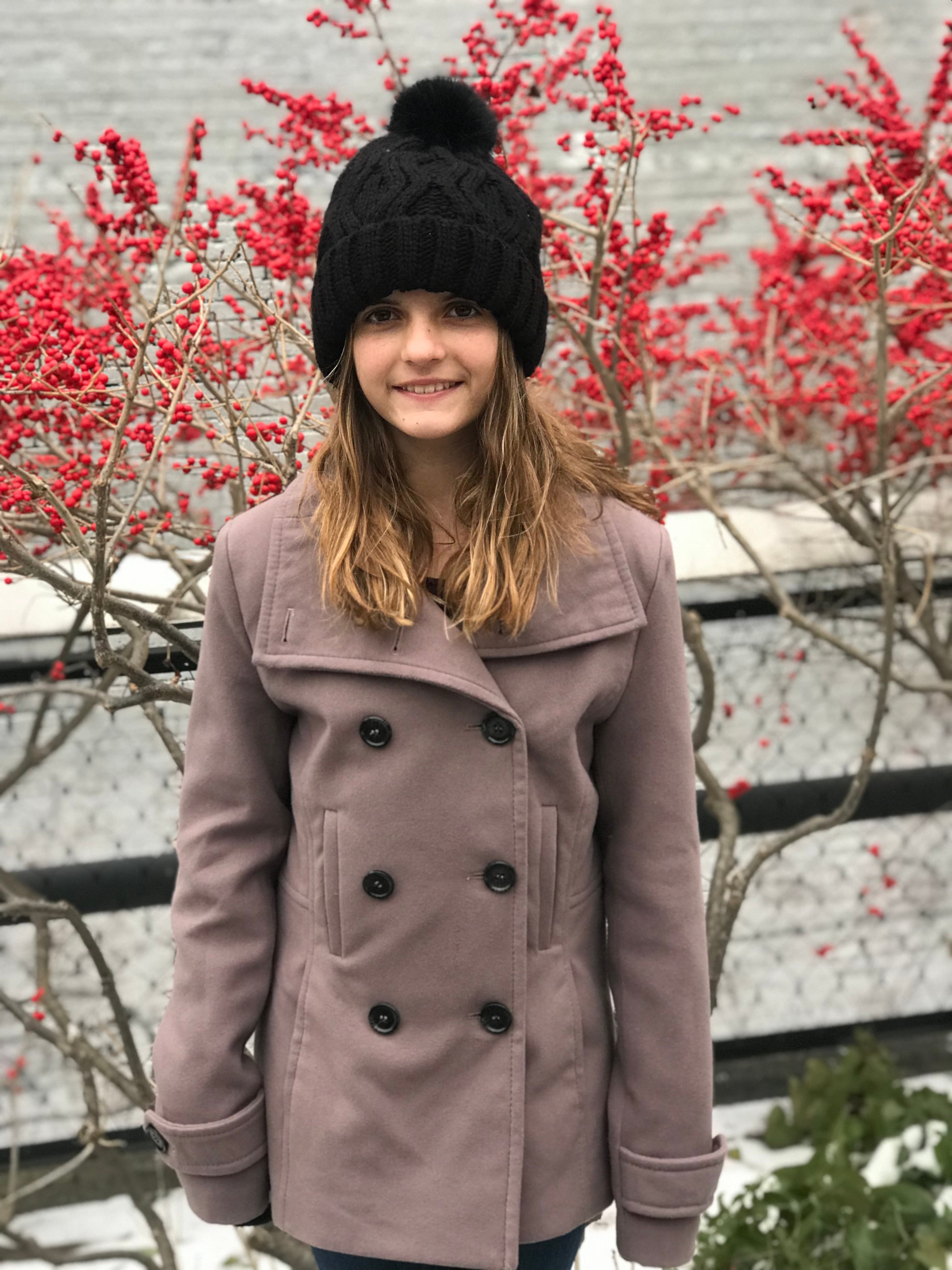 Marlin had to leave us but the rest of us took the train to where we thought was the beginning of the Highline Park.  We wanted to walk the whole park (about 1.5 miles) and then end at the Chelsea Market for lunch.  After a lot of walking and confusion, we finally ended up at the end of Highline Park by the Chelsea Market.  It was cold.  Luna was tired and it was crowded too.  We walked a bit of the trail but the biting wind made us turn back and walk a bit more.  It was very pretty there—with the vegetation and the views of the river but the cold just made it tough.

I was kind of confused about where we were and where we were headed so we finally called it and went down to the Chelsea Market.  Our plan was to go to Los Taco Nos 1–but the whole market was insane.  Just crowds of people walking through—it was challenging.  And, Luna needed to get out of her stroller and run around.  Too much sitting time was making her crazy.

So, we started walking again.  This time, back towards Washington Square Park, so Tiffany could meet her friends.  We stopped at a chocolate vegan place somewhere along the way….and got a few cookies and brownies to keep us going.  It was a much needed chocolate and warmth break.

Once we got there, we said our goodbyes and took a train back to our part of the city.  We were starving by this point and kept talking about just going back to BareBurger–instead we found a Korean restaurant near our hotel–and decided to check it out.

Honestly, I think I ordered the wrong things, because I wasn’t that impressed but Aaron really liked it.  I am not sure if my mom liked it or not, she was very tired and just needed to go home to sleep on her precious bed which could’ve been equipped with products such as the best heated mattress pad.

We went back to the hotel and my mom made a little bed for herself on the floor, insisting that she wanted the quiet corner of the room.  The rest of us watched Parks and Recreation and then finally fell asleep.